Irrfan Khan, one of India’s best crossover actors, dies at 53

Irrfan Khan, one of India’s best crossover actors, dies at 53

Khan, who fought a long battle with cancer, carved out a stellar career in Bollywood, Hollywood and other Western films.

Khan, who was diagnosed with a neuroendocrine tumour in 2018, died on Wednesday after he was admitted in a Mumbai hospital for colon infection. He was 53.

“Irrfan was a strong soul, someone who fought till the very end and always inspired everyone who came close to him,” his publicist said in a statement.

He spent his final hours “surrounded by his love, his family for whom he most cared about,” a statement released by his family said.

His mother Saeeda Begum died four days ago on April 25.

Deeply saddened to learn that #Irffan Khan passed away this morning. Gone too soon .. such a powerful actor and how valiantly he fought back the cancer. Its a big loss not only to his family but to the entire film industry. RIP

881 people are talking about this

He is survived by his wife, TV producer Sutapa Sikdar, and sons Babil and Ayan.

One of the best crossover actors

Born Sahabzade Irfan Ali Khan in the Indian desert state of Rajasthan on January 7, 1967, Khan discovered an early passion for acting and studied at the elite National School of Drama.

But his training in Shakespeare and Chekhov did little to ease his entry into the Hindi film industry, which was largely focused at the time on churning out formulaic song-and-dance blockbusters.

Irrfan Khan’s demise is a loss to the world of cinema and theatre. He will be remembered for his versatile performances across different mediums. My thoughts are with his family, friends and admirers. May his soul rest in peace.

Even as he landed a role in 1988’s Salaam Bombay – directed by first-timer Mira Nair – his part was slashed to a cameo.

He sobbed for hours when he found out about the cuts, he told India’s Open magazine. “It changed something within me. I was prepared for anything after that,” he said. 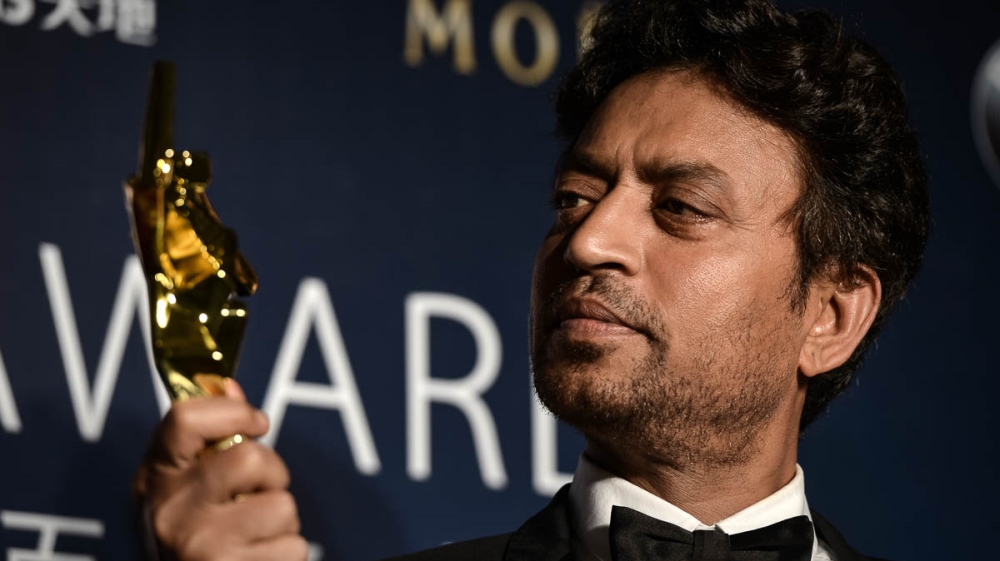 Khan poses with his Best Actor trophy during the Asian Film Awards in Macau on March 27, 2014 [Philippe Lopez/AFP]
READ MORE

Television roles followed, along with a handful of bit parts in Bollywood, where producers routinely dismissed him as looking too unconventional to play the lead.

By the time British director Asif Kapadia cast him as a mercenary in The Warrior, he was ready to quit acting, frustrated over the direction of his career.

But, in a sign of the global success that lay in wait, the 2001 film racked up awards and won Khan praise – including in India, where a new generation of directors was eager to experiment with fresh storylines.

His drama school training came in handy when he was cast in Maqbool and Haider – contemporary Hindi adaptations of Macbeth and Hamlet.

But he also charmed audiences in lighter fare such as Piku, featuring Bollywood superstars Amitabh Bachchan and Deepika Padukone, and The Lunchbox, in which he played a lonely accountant in love with a housewife.

The tall and lanky actor won India’s national award for his performance in Paan Singh Tomar. He was also awarded with Padma Shri, one of the country’s highest civilian honours.

Too soon to leave @irrfank Ji. Your work always left me in awe. You’re one of the finest actors I know, I wish you stayed longer. You deserved more time. Strength to the family at this time.

He featured in several award-winning international films such as The Warrior, Slumdog Millionaire and Life of Pi. In Hollywood, he worked in The Amazing Spider-Man, Inferno and Jurassic World.

Khan consciously sidestepped traditional Bollywood tropes, focusing on the subtleties of his craft.

This allowed him to carve out a stellar career in Hollywood as well, where he collaborated with Oscar-winning directors such as Danny Boyle and Ang Lee and appeared in the HBO show In Treatment.

The actor was last seen in Bollywood comedy, Angrezi Medium, which was released in March.

I’m sorry to hear about the passing of Irrfan Khan. A versatile & talented actor, he was a popular Indian brand ambassador on the global film & tv stage. He will be greatly missed. My condolences to his family, friends & fans at this time of grief.

“An incredible talent,” said Amitabh Bachchan in one of many Twitter tributes.

“A gracious colleague. A prolific contributor to the world of cinema… left us too soon creating a huge vacuum,” said the veteran actor.

Filmmaker Karan Johar said, “Thank you for raising the bar as an artist … Thank you for enriching our cinema… We will miss you terribly, Irrfan.” 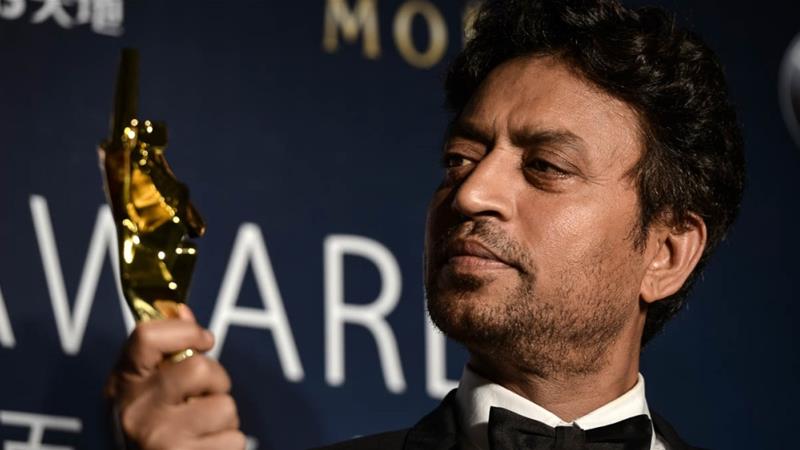 One on one with Irrfan Khan