Sunrays shine through colourful pieces of cloth, illuminating the face of Miya Gul with a palette of shades of red and yellow. He sits on the floor of a tent in a settlement for internally displaced people in Kabul.

For the past 14 years, the 37-year old and his family have called it home.

Miya Gul has been observing the fast from sunrise to sunset since Ramadan, the Muslim holy month, began on April 24. This year, however, the fast has lost its usual meaning.

For Miya Gul, his wife Soyra and their six children it has become just another word for starvation.

“This Ramadan is the hardest we have ever been through. If we don’t find food, we’re fasting round the clock,” says Miya Gul. 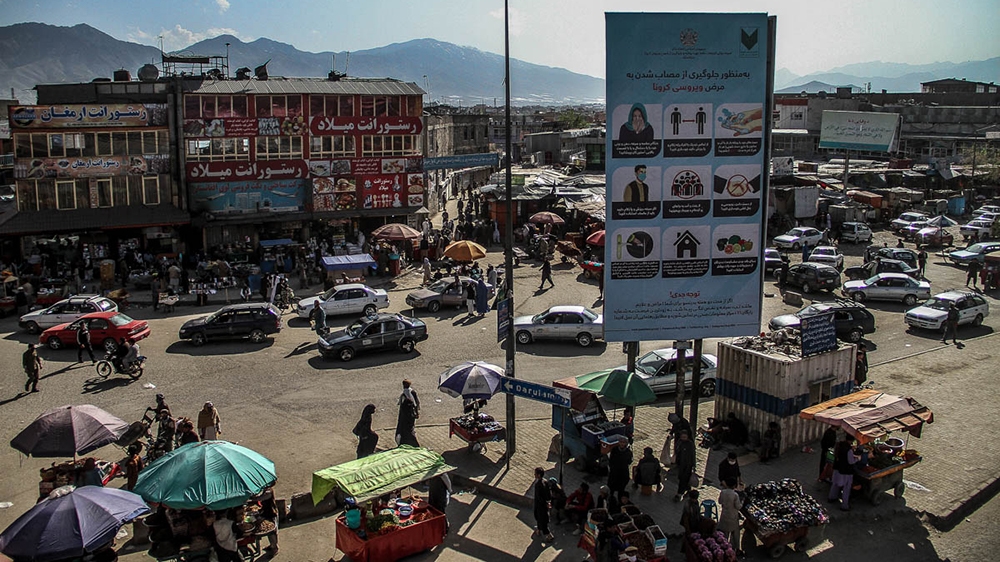 Since the beginning of the coronavirus outbreak, Afghanistan has been on a brink of economic collapse. The lockdown and state-imposed quarantine have forced many businesses to close.

According to data by the Biruni Institute, a local economic think-tank, as a result of the pandemic, six million people have already lost their jobs in a country, where 80 percent of people live below the poverty line.

The prospects are grim. With the main donors focusing on battling the virus at home, low resource economies like Afghanistan have been left with little outside support.

The crisis hit poor families, like Miya Gul’s, the most. For those who rely on daily work for survival, the lockdown has meant no income.

Before the pandemic, Miya Gul used to work at the local bazaar helping vendors transport their products.

Now, as the crisis has affected everyone, few people need his services.

“We have to send our children to work in the streets. We buy food for whatever money they make. Our daughter Nodira sometimes gets a potato or a tomato at the bazaar. She is seven years old.”

Over the past weeks, the prices of food and other necessities have increased, too. Before Ramadan, a canister of water, Miya Gul said, used to cost five afghani ($0.07).

Now the price has increased twofold. As water in the camp is scarce, Miya Gul and his family cannot keep the level of hygiene needed to prevent the spread of COVID-19.

Behind a wall surrounding the camp, waste is piling up. The authorities usually remove it after two or three days. The residents do not know why this time it has been there for a month.

“This year because of the coronavirus everything has changed, Ramadan too,” says Dr Aminuddin Muzafary, deputy minister of Hajj and religious affairs sitting in his office in central Kabul. 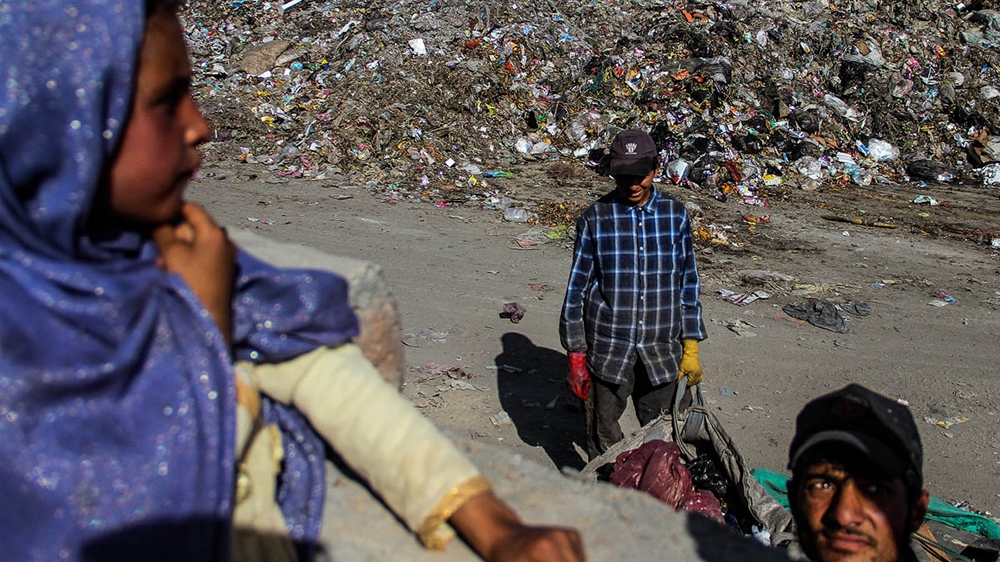 “We have asked imams to send a message to people during Friday prayers that those who are rich should help the poor. Mosques are not only places of worship but also community spaces. 10,000 tons of wheat have already been distributed to people through mosques.”

Those more fortunate and local aid groups rushed to support those in need, too, organising food handouts to ease the pressure on the starving nation.

In Kabul, the local government distributed wheat to impoverished families and have coordinated efforts with the private sector to give away packs of rice, flour and oil.

“During the month of Ramadan, we are working with Kabul municipality to establish local Shura committees which would help to identify people in need. We are planning to work with bakeries so that the families identified by the Shuras receive free bread,” Nabiullah Peerkhail, chief of staff of the Kabul province, told Al Jazeera.

“In districts, we are collecting lists of people in need to distribute food items there too.”

The initiatives, however, while widespread, are not enough. Poverty and unemployment coupled with the rapidly spreading coronavirus is more than the country can take at once.

Despite lockdown, many people have returned to the streets – this time to beg. With the dire economic situation, many say, if the coronavirus does not kill them, poverty will.

In another settlement for internally displaced people, Inzar Gul Safi, recalls that for the past five years, his community has received no food assistance during Ramadan. This year, the situation in his camp has been worse than ever.

“Older people are patient but children do not understand what’s going on, they keep on asking for food,” he told Al Jazeera.

“We have no oil, no bread and so far no coronavirus. The government recommends that

we should take Vitamin C, eat oranges, to protect ourselves. But how can we afford it?” 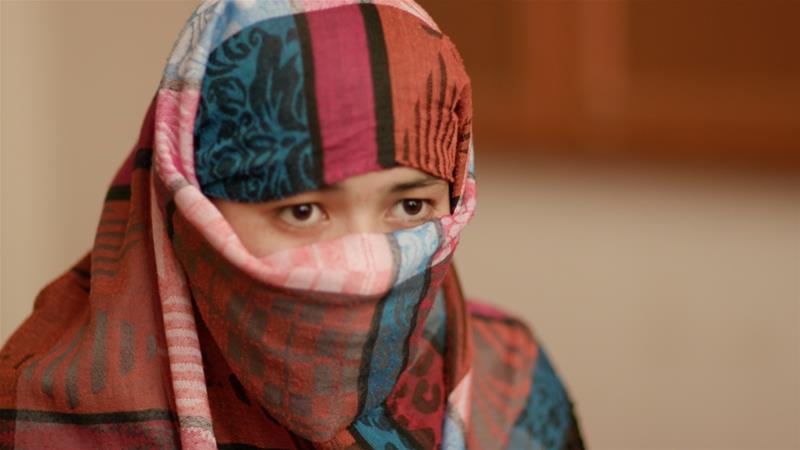 The War On Afghan Women