Algerian who fought beside bin Laden: ‘I wanted to help Muslims’

Former fighter Abdullah Anas says it is important to separate between post 9/11 ‘jihadism’ and concept of ‘jihad’. 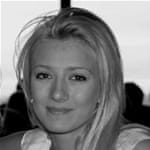 London, United Kingdom – Abdullah Anas sits upright, smiling and speaking clearly as he recalls his decision to join the “Afghan Arabs” during the Soviet occupation of Afghanistan (1979-1989).

“I didn’t even know where Afghanistan was on the map,” he says. “I was a country boy from Algeria, all I knew is I wanted to help Muslims.”

For 10 years, Anas was one of the many Arabs who fought against the Soviet Union in Afghanistan, alongside the future icons of al-Qaeda‘s global war, including the late Abdullah Azzam, Anas’s father-in-law, and Osama bin Laden.

Anas later turned away from their movements, disagreeing with their political interpretations and plans for what they called a “global jihad”. He now lives in London, where he was granted political asylum.

Osama was shy, introverted and spoke very little – a man of few words. He talked when he needed to and chose his words carefully.

In his new memoir, To the Mountains: My life in Jihad from Algeria to Afghanistan, written with investigative journalist Tam Hussein, Anas traces the rise of this so-called “global jihadism”, beginning with the networks formed during the Soviet-Afghan War.

Anas and Hussein spoke to Al Jazeera about the evolution of this fight and its role in the modern world.

Al Jazeera: Why did you decide to write this book?

Abdullah Anas: I want to challenge the myths and misconceptions around the Afghan jihad.

With my experience, I feel that it’s my responsibility to help anyone – laymen, imams, journalists, academics, politicians – understand the history of the Afghan jihad because it is misunderstood on all levels all over the world. Many people, especially the younger generation, believe jihad started with the Taliban and al-Qaeda in 9/11. This is not true.

I wrote to counter the false narratives that came about after 9/11, which depicted Afghanistan as the training ground for extremists.

After 2001, so-called “experts” cropped up claiming that thousands of foreign extremists had trained in camps in Afghanistan and were returning home to commit terrorism. In reality, there were about 100 Arab Afghans, committed fighters, at any one time.

Al Jazeera: What do you consider “jihad”?

It’s important to draw a distinction between jihadism – a modern concept that came about after 9/11 – and the original concept of jihad.

The only legitimate jihad was during the Soviet occupation of Afghanistan when people fought against colonialism and showed immense moral courage. Everything that came after this, including … 9/11, was not jihad.

Al-Qaeda and ISIS, Boko Haram and other bloody organisations have destroyed this noble concept by committing countless horrific crimes and calling it jihad. I challenge any man to see what good has ever come from al-Qaeda.

Muslims are outraged by these groups that have distorted one of their most sacred concepts, and they are upset by the public’s lack of understanding about jihad. So, many people are understandably fearful, and the media hardly helps, only seeing jihad alongside criminals.

Al Jazeera: Osama bin Laden was one of the first people you met in Afghanistan. What was he like?

Anas: I first met Osama in Islamabad in 1983, he was 26. He travelled from Jeddah to Islamabad just for the day to visit Sheikh Abdullah [Azzam] and drop off donations.

Osama was shy, introverted and spoke very little – a man of few words. He talked when he needed to and chose his words carefully. It was clear he was someone who was used to being in control. I could tell he came from a family with high manners. I liked him.

We met again a year later in Peshawar at Abdullah Azzam’s house, who at that time, was a star in the Muslim world.

Osama was like his personal assistant, his host, driver and student. When Azzam stood up, Osama stood up, when Azzam sat down, Osama also sat down. He was completely under the order of Azzam, waiting for any advice, teaching and instructions. It’s not like Osama was poor and needed the work, he came from a wealthy family. He saw in Azzam a mentor.

By late 1988, after about four years of working with us, he started to distance himself from us as he began to come under the influence of more radical groups.

Al Jazeera: How would you characterise the roots of “global jihadism”?

Tam Hussein: The roots of global jihadism are not in Arab culture. They partly stem from an idea of the Afghan jihad, that has been distorted by political convulsions experienced throughout the Arab world in recent times.

The Afghan-Soviet war is a significant symbol in the Arab world because it marks a successful holy war against a foreign aggressor. Although jihad ended when the Soviets left in 1989 and Kabul fell in 1992, by the late 1990s and throughout the noughties, terrorist networks claimed their geneses from Afghanistan. In the noughties, one of the very first videos to go viral amongst jihadists was the beheading of a Russian soldier in Chechnya. This was loaded to jihadi websites and forums, which appropriated Afghan jihad symbols and conflated them with something they were not: global jihad.

I have encountered this conflation time and time again while working as a journalist in Syria, and covering major terror attacks in Europe.

For example, Abdelhamid Abaaoud, a Belgian Moroccan who joined the Syrian battalion and organised the 2015 Paris attacks, tried to emulate the Arab Afghans. He believed they had expelled the Russians from Afghanistan and established Islam, before the West and their allies destabilised the region with democracy. So, when Abaaoud saw Syrians calling for the same (democracy), he dragged their heads along the ground and denounced them as infidels.

Hussein: There are many complex reasons for this. A lot of people believe in the foundational myths of al-Qaeda that are historically inaccurate. Some people are intellectually immature, from broken families, they lack the education and the necessary critical tools let alone able to distinguish between sophistry and rhetoric.

This is having disastrous consequences.

If Abaaoud had understood the history of the Afghan jihad, he might have been more critical of the demagogues and ideologues that peddled these myths. But he didn’t, and so he and his friends fell under the influence of texts, like biographies of Osama bin Laden, and YouTube lectures delivered by demagogues from Walthamstow, that have no academic or religious authority.

Escape To New York: Afraid For Her Life, A Pakistani Activist Seeks Asylum

China is acting like a foe of the people of Balochistan, Baloch leader Hyrbyair Marri