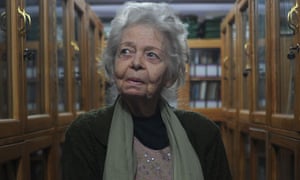 Nancy Hatch Dupree arrived in Kabul in 1962 as a diplomat’s wife, blithely unaware that the great love of her life was waiting in a country that would become their shared passion and her home through decades of war and political turmoil.

Half a century later she is opening Afghanistan’s first centre dedicated to the study of its own history and society, picked over for decades by foreign academics but often hard for Afghan scholars to explore in their country.

The Afghanistan Centre at Kabul University is inspired by the work and vision of Louis Dupree, the ethnographer and archaeologist, for whom Nancy left her husband, freeing her from endless embassy coffee mornings, and binding her forever to her adopted home.

“He always felt the people of Afghanistan were being short-changed, and all these people who were ruling from the centre looked upon the rural areas, the rural people, as being superstitious, unteachable, they couldn’t learn anything,” Dupree said. “Louis felt that was the wrong thing.”

Their great romance nearly didn’t happen. Nancy met Louis after she dropped off her draft manuscript for the first guidebook to Afghanistan, asking for his help filling two gaps. When she went to pick it up from him, there was a terse note saying “adequate but nothing original”.

“I spun on my heel and started to leave, when I heard this voice saying ‘come back here’, so I went back and never left,” she admitted with a grin at her spartan office just a few kilometres from the site of that meeting. “I was a scandal in Kabul, the two of us were.” Their former spouses fuelled even more expat gossip in the then-sleepy capital when they went on to remarry each other.

The couple stayed in the Afghan capital for over a decade, Nancy writing guidebooks while Louis uncovered evidence of prehistoric settlements with stone tools so sophisticated other scholars dubbed their makers the “Michelangelos of the paleolithic era”.

In the late 1970s they were pushed out by the Soviet-backed government, which also briefly imprisoned Louis and grilled him about the couple’s famous afternoon cocktail parties, the “five o’clock follies”.

They were not the only ones forced to flee a brutal regime and soon began working with Afghan refugees who gathered in the Pakistani city of Peshawar. Along with the humanitarian work, they also started building up the collection now at the heart of the new centre, storing documents that most people saw as rubbish or fire-starters rather than historical records.

The only surviving copies of surveys and reports by aid groups, the newspapers of warring mujahideen factions and the Taliban government, and other records of Afghanistan’s decades of chaos and muddled western efforts to help are now safely stored in underground stacks, along with similar records from the last decade of US and Nato intervention.

Louis died in 1989, but Nancy continued to add to their cache of information in Peshawar for years, only deeming it safe to return to Afghanistan in 2005 and even then made painstaking plans to bring back the documents safely. “I was very vulnerable, everything I had was paper, there were no backups,” she said.

Nearly 300 plastic sacks, originally used for wheat or fertiliser, were filled with paper and then virtually smuggled back to Kabul, nestled among commercial shipments. Not a single sheet was lost or damaged, she says proudly.

But the successful return raised a whole new challenge for Dupree, who was already in her late 70s at the time – where to store them. She set her sights on a new intellectual centre, built for Afghan students rather than as an empty showpiece.

“There were a lot of people who were building clinics and schools, but there was no sense of ownership built in and nobody was using them very well,” Dupree said to explain why she sought the help of a government known for corruption and actively avoided by most foreigners.

She got the finance ministry to provide funds and the university to provide land. Testament to her charm and prodigious work ethic are other contributions, including a top-end IT network provided at the personal order of the Estonian president.

“I feel really guilty just sitting around,” she says, but is quick to credit others for the centre’s success. “It’s not the result of one individual’s effort. It was a total manifestation of those buzzwords the United Nations uses, so dear to their reports and rhetoric, co-operation and co-ordination.”

Dupree, who is now in her ninth decade but coy about her exact age, misses the peaceful city she knew as a younger woman. “Kabul is grim now. All of these concrete walls and these barriers and the razor wire. It is not my Kabul.” Even so, she has no plans to leave. “I’m trying to finish what Louis was trying to do, and his shoes are too big.”

The new Afghanistan Centre at Kabul University (ACKU) is a traditionally inspired building that reflects Nancy Hatch Dupree’s love of Afghan heritage and her enthusiasm about the advantages of technology.

“I wanted the building to be modern, to show that Afghanistan can do modern things, but I also wanted it to be recognisably traditional,” Dupree said. “It has stout outside walls. Qalas [forts] in the countryside are built like that, and it is inward looking on to a courtyard.”

The cedar beams came from Kunar, an insurgent stronghold in the east, after Dupree secured a presidential decree from old friend President Hamid Karzai allowing her to buy wood from stocks frozen after a logging moratorium (she is keen to emphasise no trees were cut for the centre).

The stone cladding for the outside walls, and the white marble inside come from the south and west of the capital, an area more usually mentioned as a Taliban transit route than source of beautiful building materials.

Its mission however is revolutionary, promoting serious research into Afghan history and society in a country where these can be such charged topics that the education minister last year decided to issue history textbooks that end in the 1970s.

“One of our focus is to promote the whole concept and methodology of doing decent research,” Dupree said, laying out plans for exhibitions, seminars, lectures and other events in a university which is short on visiting scholars or opportunities for students to travel.

“The majority of students here think doing research is Googling, cutting and pasting. The whole concept that you can get great insights by doing research is not here, so we want to develop that, it’s a sideline of sharing information.”

The centre also runs mobile libraries to reach out to rural populations Louis Dupree felt were neglected by the central government; villages still struggle with access to education.

… we have a small favour to ask. More people are reading the Guardian than ever but advertising revenues across the media are falling fast. And unlike many news organisations, we haven’t put up a paywall – we want to keep our journalism as open as we can. So you can see why we need to ask for your help. The Guardian’s independent, investigative journalism takes a lot of time, money and hard work to produce. But we do it because we believe our perspective matters – because it might well be your perspective, too.

I appreciate there not being a paywall: it is more democratic for the media to be available for all and not a commodity to be purchased by a few. I’m happy to make a contribution so others with less means still have access to information.Thomasine F-R.

If everyone who reads our reporting, who likes it, helps to support it, our future would be much more secure.