Before the war, this neighborhood was home to hundreds of Jewish families in an otherwise predominantly Muslim country [Hikmat Noori/Al Jazeera]

Locals back government efforts to preserve heritage sites in Herat – once a hub for a vibrant Jewish community.

Herat, Afghanistan – The narrow road that leads to the Yu Aw synagogue in the ancient city of Herat in western Afghanistan is lined with traditional mud homes that, despite their rough exterior, are fine examples of centuries-old architectural dexterity.

Ghulam Sakhi, the caretaker of some of the heritage sites, leads the way, taking short quick steps and pausing every so often to share an anecdote from the area’s history.

“This is why I wanted you to walk to the synagogue, so you can see the neighbourhood and how it has been changed since the war,” he explained before starting the walk of a little over a kilometre between the old city centre – called Chahar Su, or Four Directions – and the synagogue, which was restored in 2009.

About 350 years old, the Jewish place of worship is located near what used to be known as the Iraq Gate, an area of the city from which travellers and merchants embarked on their journey to Iraq.

The shared Jewish history of the two countries goes further back, to more than 2,700 years ago when Jewish tribes from the present territory of Palestine-Israel exiled by Assyrian conquerors travelled through Iraq to Afghanistan, where they settled and built thriving communities in cities like Herat and the Afghan capital of Kabul.

“The history of Jews in this region goes back to way before the birth of the nation state of Afghanistan,” said Afghan academic Omar Sadr, who has also authored the book Negotiating Cultural Diversity in Afghanistan.

“There are mentions in history of Jews living in this region, during the period of Cyrus the Great, the Persian emperor and his conquest of Babylon in 538. During the Islamic era, Tajik historian Jowzjani from the 7th also mentions of Jewish colonies under the Ghurid chief Amir Banji who had recruited Jews as advisers. In more recent history, in 1736, Persian King Nadir Afshar encouraged Jewish settlement in the region because the Jews had good connection in the merchant routes in the subcontinent- between central Asia, and Arabia,” he explains.

In Herat, this history is more intimate. “This neighbourhood has a deep connection with the Afghan Jewish community; they lived around here, they had shops and businesses. They were butchers, they sold spices and clothes. This is their neighbourhood,” Sakhi narrates, as he unlocks a heavy iron latch on the thick traditional wooden doors.

Like most Afghans raised during the decades of conflict, Sakhi does not know his actual age but can guess that he is most likely in his late 50s.

“I haven’t studied history, I didn’t have the opportunity to [because of the war]. Everything I tell you is my own story tied closely to that of all Afghans who’ve lived here, including the Jews,” he shares.

While no accurate records remain, it is believed that the population of Jews in western Afghanistan was close to 40,000 as of 1836 due to many Jews fleeing Persian persecution, with Herat at the heart of the community, according to reports.

This figure drastically reduced a century later, with historical records stating 3,300 Jews in Afghanistan in 1936, according to Sadr.

“These numbers slowly decreased, and it is not a happy history,” Sadr points out, adding that their outward immigration was not an issue of recent history, but had been under way for centuries.” 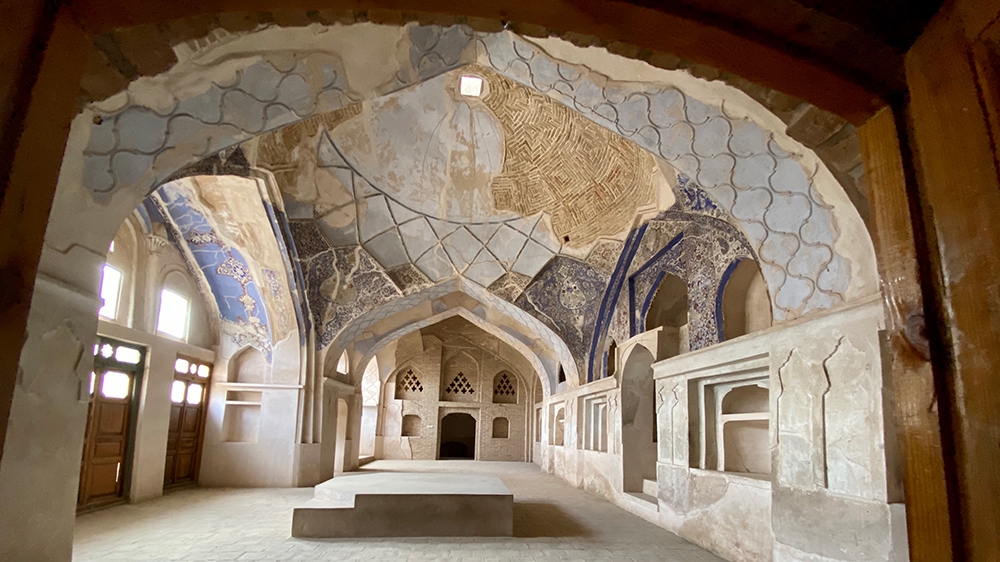 However, despite this, the Afghan Jews are fondly remembered by the Afghans. “They were a loved community and had a strong relation with the rest of the Afghans. Some still stay in touch,” said Sakhi, who was hired by the Ministry of Culture to look after the sites.

The nearby Jewish cemetery is believed to still be privately owned by an Afghan Jewish family, who emigrated to France in the 1970s, and is looked after by locals.

Many Jews, like other Afghans, began to flee the country at the start of the Soviet invasion in 1979 and the last of families had left the country by the time the civil war started in the 1990s.

“The main migration in recent history happened in the 1950s due to the opportunities offered following the creation of Israel, which encouraged many to leave Afghanistan,” Sadr explains.

“Years of war destroyed this neighbourhood and lack of use eroded the historical structures of Herat, including the synagogues,” Wahid Soltani, head of Herat Tourism, that currently maintains the restored heritage structures, told Al Jazeera.

“Once the Jewish citizens were gone, there was no one to look after the synagogues,” he said. Only one Jew – Zabalon Simintov – remains in Afghanistan, in Kabul where he manages the only operating synagogue in the country.

While Simintov was not available to comment for this article, he has visited the restored temples and offers prayers there alone, Sakhi says.

While most Afghan Jews and their descendants now live in North America and Europe, many nurture dreams of returning to their homeland.

And some do visit, says Sakhi. “We’ve had visits from the descendants of Afghan Jews from the US, France, Germany and elsewhere.

“They come here to reconnect with their roots, they have offered prayers here. It makes me happy we could make that happen,” he says, adding that he sees himself and all Afghans as caretakers of the country’s Jewish history. 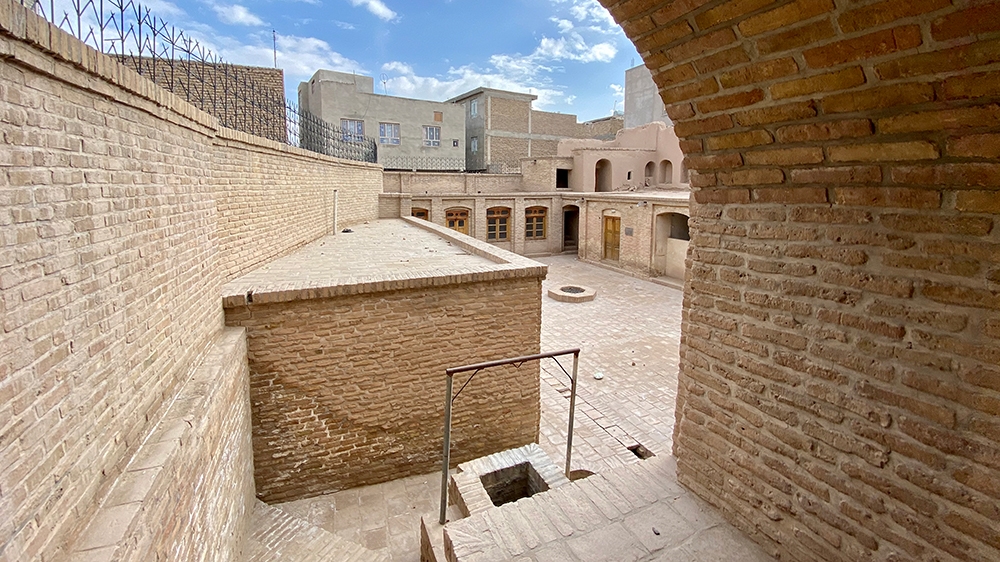 It is believed that the Jewish population was close to 40,000 towards in early 19th century [Hikmat Noori/Al Jazeera]

Among them is a Canadian born in Herat, in the same neighbourhood where Yu Aw stands, who wished to only be identified as Sulieman, the name given to him at birth.

Sulieman left Afghanistan over 60 years ago, when he was only a child, but yearned to come back. “You can leave the place you were born, but the place will never leave you. It doesn’t matter how good or bad it is, it stays with you,” he told Al Jazeera by phone.

Sulieman first returned to Afghanistan almost 20 years ago, right after the fall of the Taliban. He has since made several trips back to his birthplace, the last one was in 2017.

“The story goes that when the Jews left Herat, they left the synagogues in the care of its people. The years have been rough for the city … when I was there before, I saw the Synagogues were in ruins but it has since been restored very nicely. The person that did the restoration did a very good job,” he said, adding that he has himself been involved with helping restore the Jewish cemetery.

Due to lack of use and neglect, Herat’s six synagogues were left in ruins in the decades after the Jewish community left Afghanistan.

While the Taliban did not destroy these historical structures as they did with Buddhist monuments across the country, they also did nothing to protect them during their five years in power in the late 1990s.

After the Taliban was toppled in a US-led invasion in 2001, successive governments made efforts to restore some of the structures.

“Of the six synagogues, one was given to be used as a school, another was given to be turned into a mosque and four that were badly damaged were set to be restored,” Sakhi said. 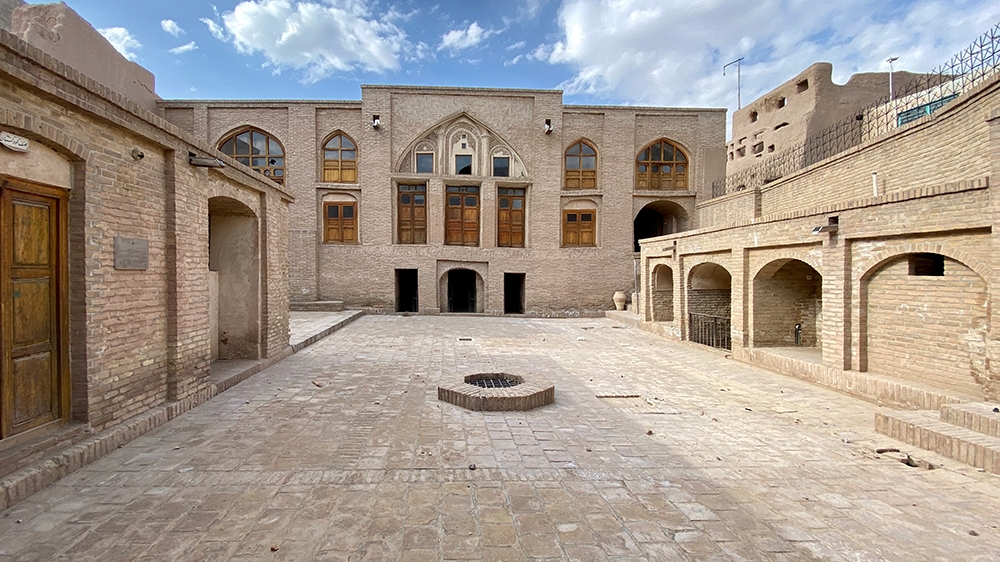 The Yu Aw compound has also been used by the community to house primary schools.

Although they no longer use it as a classroom, an old synagogue inside the complex has been restored in collaboration with Aga Khan Foundation and private donors, the head of tourism of Herat, said.

A vast courtyard welcomes visitors to a large structure with a small garden on its right and small rooms on the left with stairs that lead to a basement with a pool of natural water.

“This is the hammam [public bath] they would take bath before prayers,” Sakhi said of a dark underground chamber which was very likely the temple’s mikveh, a pool for ritual bathing used mostly by women, and by men on occasion, for spiritual immersions common in Judaism.

Sakhi then leads the way past the synagogue’s sombre exterior to a large domed room at the centre of the complex, the ceiling covered in intricate hand-painted designs reminiscent of Persian art.

“The hand-painted work on the dome have been maintained as they were originally, with restoration work done around it. What you see here, the paint and the colours, are all original and have not been touched up, only the structure around it has been reinforced to hold it better,” Sakhi explains with the fervour of a dedicated restorer.

“About 10 Afghan artists and architects worked on it for over a year, working through much of the damage caused by years of war and neglect,” he adds, describing the ruins left behind after the war in the region.

“But we are a people who respect art and culture, so it is no surprise that Afghan artists wanted to be part of this project,” said Sakhi, adding that Afghans in Herat pride themselves for their diversity.

Soltani, the head of Herat Tourism, said many Afghans in the neighbourhood encouraged the government’s restoration efforts.

“Afghanistan is an ancient country and we are proud of our cultural heritage which is part of our identity,” he told Al Jazeera.

“On the other hand, heritage and historical sites can bring different communities together and contribute to cultural exchanges with other countries in the region and around the world, which in a way can also boost economic prosperity,” he said.

Sulieman remembers the vibrant past of Afghanistan, one that he was intimately familiar with.

“Years ago you could take a bus from London to Kathmandu that passed through Afghanistan. The people of Afghanistan are very nice, friendly and hospitable. Even today when I go there, I live with the locals, I have many friends in Afghanistan. It is a beautiful country,” he says.

Sakhi is confident that Jews will return to their communities once peace is established in Afghanistan.

“Even though they are not here, this belongs to their history as much as it does to us. We are preserving this, their history for them to return to. This property belongs to them, and we are only safe keeping it for till they return,” Sakhi says, his voice laden with emotions.

Sulieman is less optimistic about the future, considering the situation, but says that those from the community who were born in Afghanistan would love to visit their homeland if peace prevails.

He encourages Afghans to continue historical conservations. “If you don’t preserve and respect the past, there is no future for them,” he says.

An open letter to Secretary of State Mike Pompeo