In Pakistan, a Feminist Hero Is Under Fire and on the Run

Her groundbreaking work has carried her around the world, winning her awards and audiences with high-powered women such as Michelle Obama and Queen Elizabeth II.

But in her own country, Ms. Ismail has become an enemy of the state, accused of inciting rebellion. And now she is on the run.

For two months, practically no one has seen her. Pakistan’s security services, known as among this region’s most cunning and brutal, can’t find her. They have raided her house several times and deployed scores of officers, and, according to Ms. Ismail’s family, abducted and tortured family friends to extract information.

Her associates said Ms. Ismail, 33, is leading a phantom-like existence, shifting from house to house, timing her movements carefully, stepping out only with a scarf over her face and relying on an underground network of fellow feminists across Pakistan’s cities who are risking everything to hide her.

Her family says they have had no contact with her since she vanished in May — “All our phones are bugged,” said her younger sister, Saba.

Ms. Ismail was invited to give a statement at the United Nations in 2010.CreditSaba Ismail 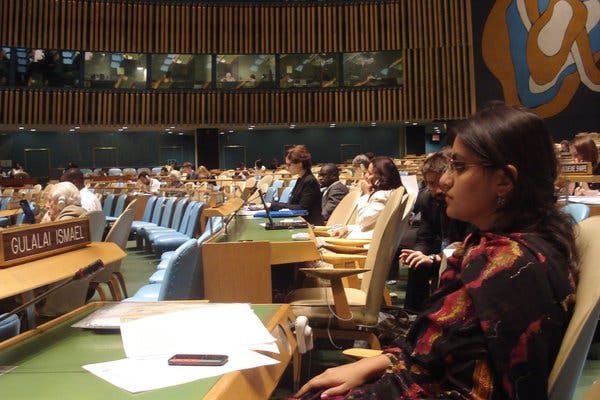 The hunt has continued even though Pakistan has recently presented itself as turning a corner, moving away from years of repression and a long record of sponsoring militant Islamic groups.

Its prime minister, Imran Khan, held talks on Monday with President Trump at the White House (mostly about Afghanistan). To sweeten the mood ahead of Mr. Khan’s visit, Pakistan stepped up arrests of militant leaders and tried to ease tensions with its archrival, India.

But as Ms. Ismail’s case shows, many Pakistanis still live in deep fear of their own security services. The intensity of the pursuit reveals how domineering and perhaps unnerved the country’s security services — referred to as “The Establishment” — remain.

“We are in a gray area,” said Rasul Bakhsh Rais, a professor of political science at Lahore University of Management Sciences. “There’s a lot of actual and political chaos in this country right now.”

But, he said, he could not see any legitimate reason to go after Ms. Ismail.

“What she has been saying, however harsh, falls under freedom of expression,” Mr. Rais said. “But the institution she has talked about doesn’t want to be talked about.”

That institution, he said, was Pakistan’s military.

Pakistani security services have accused Ms. Ismail of a litany of serious offenses including sedition, financing terrorism and defaming state institutions, though the authorities have not filed formal charges against her.

No Pakistani government official agreed to comment publicly on her case, but several spoke on the condition of anonymity. Her family provided more than a dozen pages of documents, including police reports and copies of the allegations against her.

The Pakistani officials said they had no issue with Ms. Ismail’s advocacy for women. But they maintained that she had crossed a line in recent months by spreading divisive messages at unlawful rallies held by a grass-roots Pashtun rights movement known as P.T.M.

As P.T.M. has grown, holding boisterous protests and inspiring more and more young people, the government has cracked down viciously, arresting some of its leaders and firing on unarmed demonstrators, according to witnesses.

Ms. Ismail is an ethnic Pashtun, one of Pakistan’s largest groups, and she has become a prominent P.T.M. supporter. She has appeared onstage at P.T.M. events and spread one of P.T.M.’s core messages — that Pakistan’s military has victimized civilians in Pashtun areas.

In January, she aired allegations, on Facebook and Twitter, that government soldiers had raped or sexually abused many Pashtun women. She has also joined chants in which P.T.M. supporters belted out: “The ones responsible for terrorism are the ones in uniform!”

“She is my pride,” said Ms. Ismail’s father, Mohamed, a retired teacher of Urdu.CreditSaiyna Bashir for The New York Times 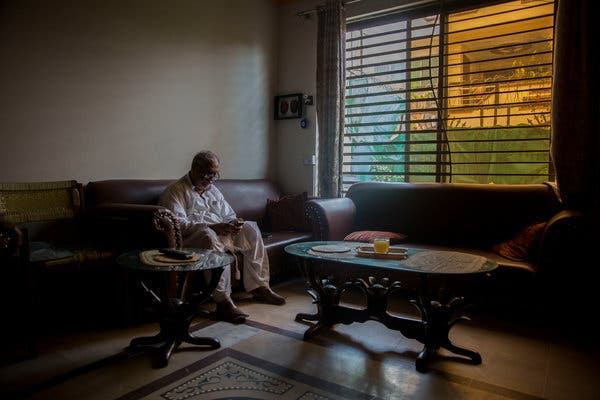 In the past week, Pakistani officials accused her and her parents of money laundering and financing terrorism, saying that they had received large transfers of money from India.

The Ismail family denies this.

“Everything is false,” said her father, Mohammed, who now spends his days inside the family’s modest home in Islamabad, Pakistan’s capital, staring out the windows at two nondescript sedans with tinted glass permanently stationed just up the road — police officers.

Mr. Ismail says that the police are frustrated they can’t find his daughter and are closing in on her inner circle. In July, he said, agents raided the family house, where Ms. Ismail lived with her parents, for the fourth time and carted off computers, phones, cameras and DVDs — and the family driver.

The driver returned hours later, barely able to speak. He had been electrocuted and injected with an unknown substance, tortured in an attempt to make him reveal where Ms. Ismail had gone, Mohammed said. 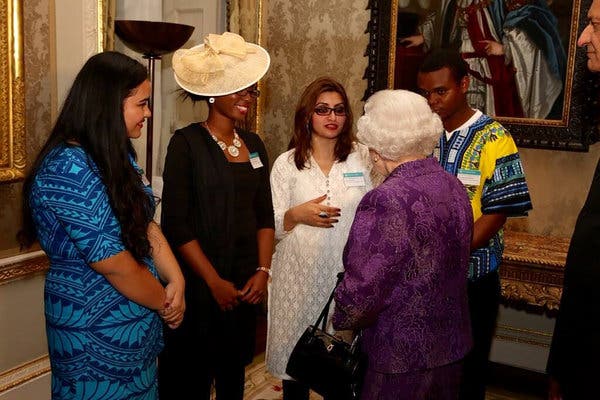 “If she’s hiding somewhere, you find her, you don’t harass her parents,” Mr. Ismail said, his voice shaking.

Pakistan presents an extreme version of the misogyny that women face around the world — girls are still murdered here by their own fathers to protect the family’s sense of honor, countless women are denied education, and, in many areas, beating a woman is not considered a crime.

But this only fueled Ms. Ismail. She became well-known in the global human rights community for speaking out about these abuses, her moral conscience developing early.

When she was around 16, a female cousin who dreamed of becoming a pilot was married off to a man nearly twice her age, abruptly ending her education — and her dreams.

That motivated Ms. Ismail to start an advocacy group, Aware Girls, that has trained thousands of young Pakistani women about their rights. One was later shot in the head: Malala Yousafzai, whose resilience has inspired millions.

As Ms. Ismail progressed through high school and college, eventually earning a master’s degree in biotechnology, she focused her attention outside the classroom on human rights, gender-based violence and countering extremism. She ran workshops, set up a domestic violence hotline and was invited to events in Iceland, Britain, the United States and South Africa. 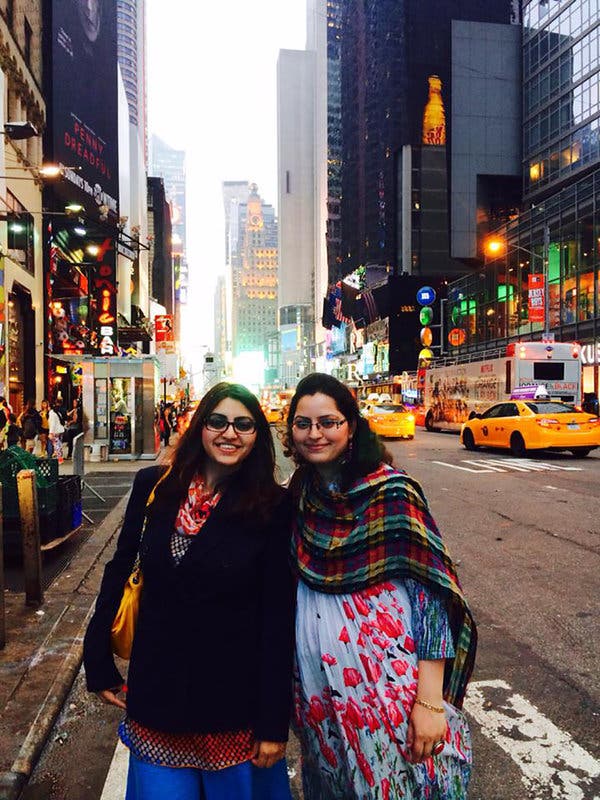 On a glass table in the living room, he keeps all of her awards close to him, among them: the Chirac Prize, the Commonwealth Youth Award and the prestigious Anna Politkovskaya Award (named after the Russian journalist who was killed).

He worries, deeply, and says his wife often wakes him up as he cries during his sleep. He warned his daughter not to speak up about the rape allegations against the army; he knew it was extremely dangerous to provoke the military.

“But she got very harsh with me and said, ‘I am a human-rights activist, I have to stand with them,’” he remembered.

Ms. Ismail’s family believes that if she is apprehended she will be charged, subjected to an unfair trial and, potentially, imprisoned for years.

Her associates and Pakistani security officials said they have no evidence she has died. Both sides believe she is hiding.

Long before the hunt for her began, Ms. Ismail seemed to sense danger.

“When you work on changing the status quo,” she said in an interview in Paris in 2016, “it’s risky. And because we have a high impact, there are actors or groups who want to silence us.”

But, she added, “If you are afraid, then fears lead to hatred. And our world needs bravery and courage.”

We’re peacefully demanding our rights, ready to resolve all issues with govt through talks, says Pashteen