Kabul, Afghanistan – For the residents of Qalai Muslim, a small mountainside community on the edges of the capital city of Kabul, the evening of February 15 began like any other.

As the sun set and the cold winter air filled the mud and brick homes that line the neighbourhood’s unpaved roads, the residents closed their shops and prepared for dinner.

But, within hours of sunset, the silence was broken by the sound of police cars speeding towards a small field near the top of the mountains.

Residents rushed out of their homes to see what had transpired in their little corner of Kabul. It turned out that nine people – all men, ranging from 20-somethings to middle-age – had been shot by unknown gunmen. 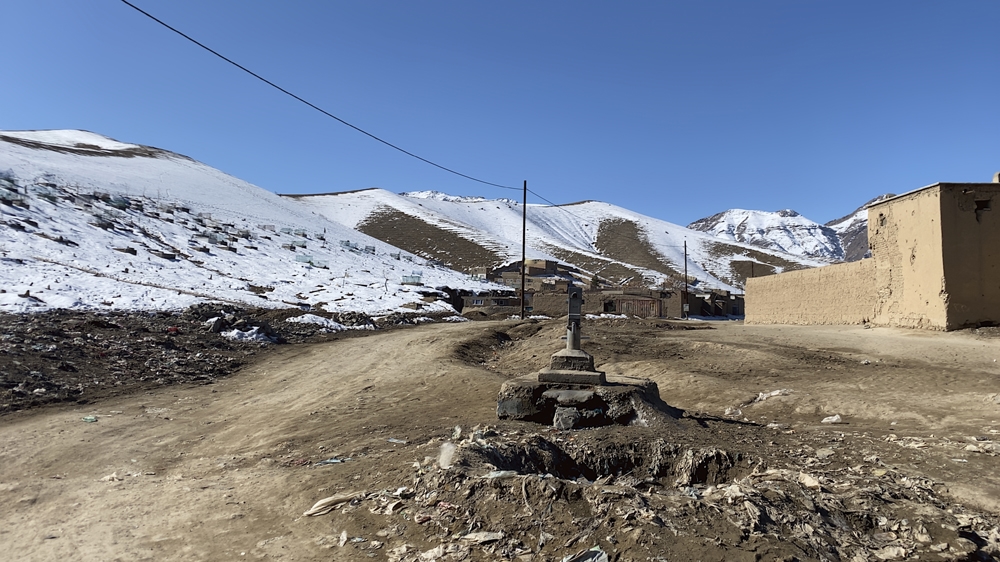 Nine men, ranging from 20-somethings to middle-age were shot by unknown gunmen on February 15 in a small mountainous neighbourhood [Ali Latifi/Al Jazeera]

“Their pictures were broadcast on TV, look at them, they didn’t even look like addicts,” said Jamal, an area resident who said four of the victims were from Qalai Muslim.

The 26-year-old vehemently denies the media reports that he said made their neighbourhood look like one of the many areas in the city where hundreds of addicts at a time gather to get high on heroin.

“They weren’t even podaris [heroin addicts], they were just some guys who would gather from time-to-time to smoke weed,” he said.

Other residents in the area were just as adamant in their denial of the men being heroin addicts without homes or families.

“Only one of them was single, the rest all had wives and children. They all had jobs,” said Hamid, a local store owner.

Rather than faceless addicts, who are often depicted as thieves and grifters, area residents described the victims as family men, students and even a government worker.

The media reports of the slayings of drug addicts by unknown gunmen led to a litany of rumours and conspiracies across the city. Some Kabulis feared that the men may have been connected to five police officials who were arrested on charges of drug smuggling earlier this month.

“Maybe they were in on it and knew too much, so they had to be disposed of,” said Hasan, a university student who had heard about the killings on the radio.

Though the Kabul government and its foreign backers often tie the Afghan drug trade to the Taliban armed group, which taxes the transportation of drugs from one area to another, Afghan officials have repeatedly been accused of involvement in the nation’s drug trade.

Despite the reports and rumours, the Qalai Muslim residents say the men were victims of an increasing crime rate in the Afghan capital. Criminal records show that at least 523 people were killed as a result of violent crime in Kabul last year.

The January killing of Ali Sina Zafari, a 22-year-old student at the American University of Afghanistan, by armed robbers led to the creation of a city-wide campaign called “Kabul is not safe/peaceful”. Soon after Zafari’s killing, the hashtag #KabulIsNotSafe began trending on Afghan social media.

The two weeks leading to Zafari’s death had seen at least 70 reports of criminal activity, including armed robbery and assassinations, in the Afghan capital.

The rising crime rates even caught the attention of the current Chief Executive, Abdullah Abdullah, who in January said: “Kabul residents are increasingly concerned about the gravity of the security situation because of the criminal incidents.”

Few days ago, I was in my car crossing Silo road. A biker shot a young man and ride away. Some people were fearfully watching the scene & some were running… dusk, darkness and the cold evening was approaching. This is how we live! #KabulIsNotSafe https://twitter.com/pajhwok/status/1218935206234722304 … 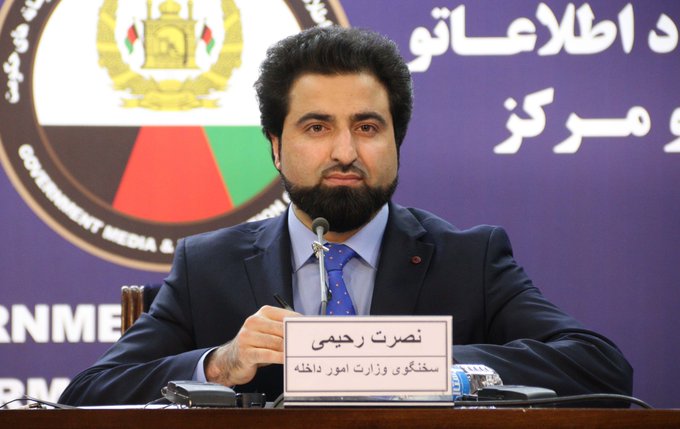 In complete loss of words for the loss of this young dynamic man who was robbed and then stabbed to death the previous day in Kabul. #KabulIsNotSafe

Police officials speaking to Al Jazeera said the deaths of the nine men were still under investigation.

“We are still awaiting the autopsy results to see if they were addicts or high at the time of their deaths,” said Ferdous Faramarz, a spokesman for the Kabul Police Department.

Faramarz said that the reports of the victims being addicts probably spread because the area where the men were killed, near a series of mountainside caves, was known to be home to illicit activities and suspicious figures.

Though the reports of the men’s addiction have yet to be verified, the scourge of drug addiction is quickly growing across Afghanistan as newer drugs enter local markets from Iran, Pakistan and Tajikistan.

Washington alone has so far spent more than $8.62bn on counter-narcotics efforts but there are currently at least 3.6 million people addicted to drugs in the South Asian nation.

Over the decade, the problem of drug addiction has spread far beyond heroin.

In the cities of Kabul, Kunduz and Jalalabad, mysterious multicoloured pills, adorned with the logos of international brands like Louis Vuitton, Kenzo, Coca-Cola and Red Bull, have enjoyed massive popularity among the nation’s urban youth population.

These pills, known locally as Tablet-K, are believed to be smuggled in from across the Durand Line and the border with Tajikistan.

In the southern and western provinces near the Iranian border, the past decade has seen a spike in the production, smuggling and use of crystal meth.

Back in Qalai Muslim, 26-year-old Jabar does not want his community to become the new face of drug use in Kabul.

“We are good people, we study, we work. We don’t deserve to be associated with such things.”

An open letter to Secretary of State Mike Pompeo