ICC investigation into alleged crimes against Rohingya ‘not in accordance with international law’, says government.

Myanmar has rejected an International Criminal Court (ICC) investigation into alleged crimes against the Rohingya, as its faces mounting global legal pressure over its treatment of the minority ethnic group.

The Hague-based court on Thursday approved a full probe into Myanmar’s bloody 2017 military crackdown against the mostly-Muslim group – a move welcomed by the rights groups.

“The investigation over Myanmar by the ICC is not in accordance with international law,” government spokesman Zaw Htay said at a news conference on Friday.

Zaw Htay repeated that Myanmar’s own committees would investigate any abuses and ensure accountability if needed.

A brutal army campaign in August 2017 forced more than 740,000 Rohingya to flee Myanmar’s Rakhine State, most seeking refuge in overcrowded camps across the border in Bangladesh.

During its crackdown, which was launched in response to attacks by an armed group, the military carried out mass killings and gang rapes with “genocidal intent”, according to the United Nations-mandated investigators.

Myanmar has repeatedly defended the crackdown as necessary to stamp out fighters and has long refused to recognise the authority of the ICC – a position it reiterated on Friday.

Even though the country has not signed up to the court, the ICC ruled last year it has jurisdiction over crimes against the Rohingya because Bangladesh, where they are now refugees, is a member.

“Myanmar and the government are neither in denial nor closing our eyes,” Zaw Htaysaid.

The ICC decision came after West African nation The Gambia on Monday launched a separate case at the International Court of Justice (ICJ), the UN’s top court, also based in The Hague.

The Gambia, acting on behalf of the 57-nation Organisation of Islamic Cooperation (OIC), accused Myanmar of genocide. The first hearings are scheduled for December.

The ICJ normally deals with more legalistic disputes between states but also rules on alleged breaches of UN conventions.

Myanmar, which has signed the Genocide Convention, would respond “in accordance with international legal means”, said Zaw Htay.

Meanwhile, Aung San Suu Kyi was among several top Myanmar officials named in a case filed in Argentina on Wednesday for crimes against Rohingya, the first time the Nobel peace laureate has been targeted in legal action over the issue.

Welcoming the legal movements, Michael McGrath, director for Myanmar, Sri Lanka and Thailand at Save the Children said: “The international community must step in and deliver justice where Myanmar has failed to.”

“The scale and intensity of violence committed against the Rohingya by Myanmar security forces demands an independent and impartial hearing in a court of law,” McGrath said in a statement on Thursday. 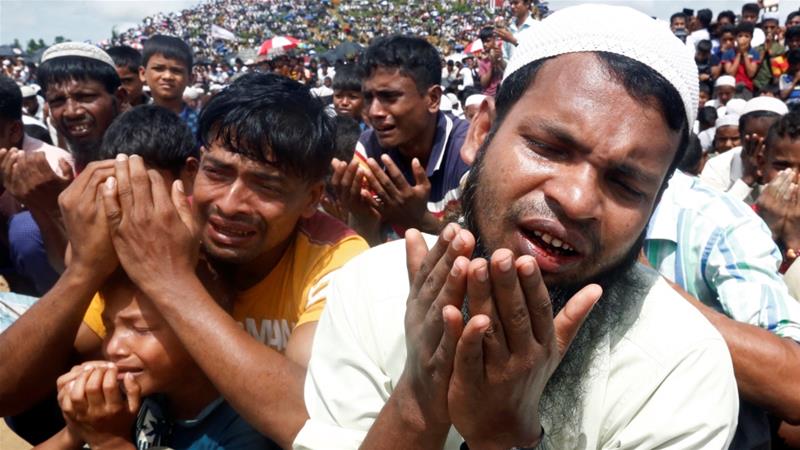 Has the world failed the Rohingya Muslims?