Islamabad, Pakistan – A suicide bomb attack near a religious rally in the Pakistani city of Quetta has killed at least seven people and wounded 25 others, according to officials.

“An attacker came on a motorcycle, and he was stopped by police [near the rally],” Langove told Al Jazeera. “Then, there was an explosion.”

No group has so far claimed responsibility.

“Instead of stopping, [the attacker] attempted to continue going forward,” he said. “They struggled with him, toppling him and stopping him. As he fell, he detonated himself, which killed two of our men, those who had stopped him … and [others].” 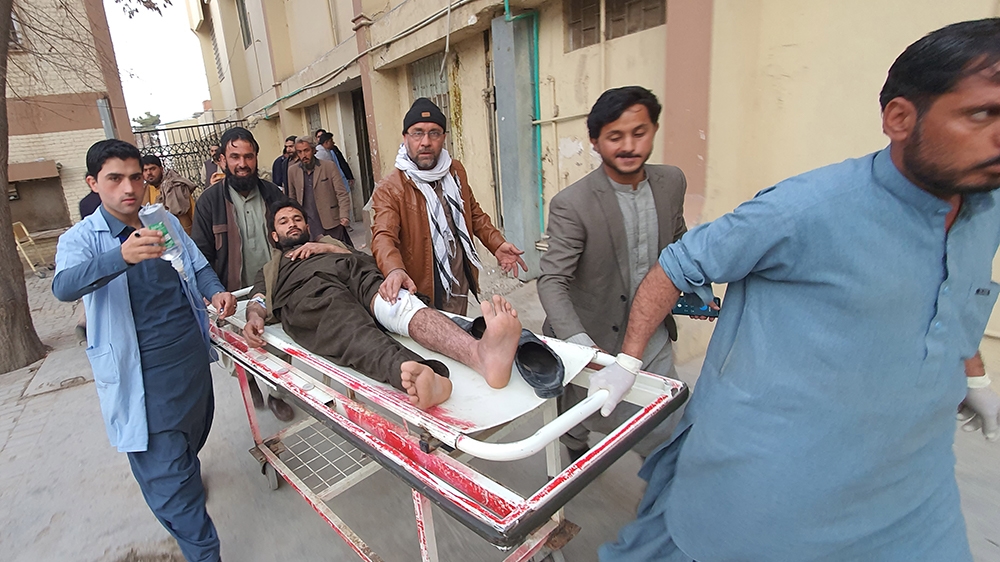 The casualties were taken to Quetta’s main government hospital, about a kilometre (0.6 miles) away from the attack site.

“We have received seven dead bodies,” Waseem Baig, a hospital spokesperson, said, adding that at least eight of the wounded were in serious condition.

Witnesses corroborated the police version of events, saying the explosion appeared to take place at a police barricade near the rally in the centre of Quetta.

“I was near the explosion. When the blast took place, I ran this way and debris hit me on my back,” said a man who was wounded in the attack and declined to be identified.

“I ran away from there and I don’t know what happened after that. A sudden darkness came and I lost consciousness.”

The ASWJ, a far-right Sunni Muslim political party, has long called for Shia Muslims – who make up roughly 20 percent of Pakistan’s population – to be declared “non-Muslim” under Pakistani law.

The party has long been associated with the Lashkar-e-Jhangvi (LeJ) armed group that targets Shia Muslims across Pakistan, and particularly in Quetta. ASWJ denies the alleged links with LeJ.