The Afghan officials’ families with luxury pads in Dubai

Leaked documents have unmasked senior Afghan officials and their families as recent owners of luxury offshore property in Dubai, The Bureau of Investigative Journalism can reveal.

Included in the documents seen by the Bureau are relatives of two former presidents, a presidential candidate whose brother was reported to have flown into the UAE with more than $50 million in cash, and a senior intelligence official whose father was implicated in involvement with the transfer of large sums of money from Afghanistan.

Holding property overseas is not illegal and does not in itself imply any wrongdoing. But concerns have been mounting generally about alleged corruption among some senior Afghan officials. Few, if any, of the properties appear to have been declared on official registers, as is required by Afghanistan’s often ignored and broadly ineffective anti-corruption rules.

The evidence of luxury property ownership in Dubai raises concerns that merit further investigation, according to a leading anti-corruption charity.

“It’s too easy for officials to buy property in Dubai with anonymity,” said Maira Matini, from Transparency International. “There’s no information available that would help detect wrongdoing. There needs to be more transparency.

“This doesn’t mean that those officials are corrupt. However, it does raise red flags and needs to be investigated by the authorities.”

Over the past twenty years, Afghanistan has been rocked by numerous corruption scandals, some of which have gone to the very top. From wartime contracts to unchecked foreign aid and CIA suitcases full of cash funnelled to favoured politicians and warlords, corruption has proved a stubborn problem to solve. The US special inspector general for Afghanistan reconstruction has said: “While Afghanistan undoubtedly had a corruption problem prior to 2001, US and coalition spending acted as gasoline thrown on an already burning fire.”

Despite numerous initiatives, critics have lambasted government programmes to tackle corruption, with one calling them “cosmetic”.

The reputation of the Afghan government has ramifications for the country as a whole. Last month the US announced it would cut $160 million in aid, accusing Afghanistan of failing to fight corruption – only a week before the country’s presidential elections began. It is rare for Washington to withhold direct funding from Kabul, which relies heavily on its support. 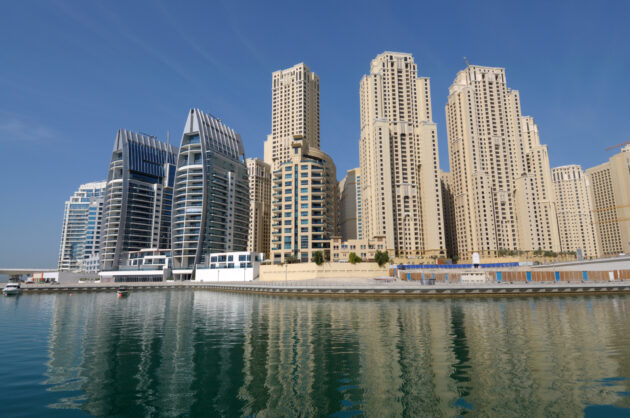 The Bureau’s findings are based on a leak of property data in Dubai, first obtained by the US non-profit C4ADS and shared with the Bureau by Finance Uncoveredand OCCRP. The Bureau then cross-referenced this data against official and public records to corroborate the findings.

The results shed light on assets held in the usually secretive emirate. The Bureau found numerous Afghan officials and relatives have recently owned property in Dubai, including members of prominent political families that have been linked to some of Afghanistan’s biggest corruption scandals.

One leading Afghan found to have owned property in Dubai is Ahmad Wali Massoud, who is currently running for president. A leaked diplomatic cablealleged that in October 2009, his brother Ahmad Zia Massoud, then the vice-president of Afghanistan, flew into the UAE with $52m in cash.

Also in the records was Adib Ahmad Fahim, a senior intelligence official. His late father, General Mohammed Qasim Fahim, another former vice-president, was identified as the part owner of Pamir Airways in a US diplomatic cable. The airline was believed to have ferried money to Dubai hidden in aeroplane food trays. Fahim’s uncle Haseen was also a major shareholder in Kabul bank, which was at the centre of a massive scandal over millions of dollars allegedly given out in suspect insider loans before it collapsed in 2010.

Ghulam Farooq Wardak, the state minister for parliamentary affairs, appears in the records with his wife. They recently owned two properties in exclusive areas of Dubai, including one on Jumeirah beach.

Wardak was previously Afghanistan’s education minister, and his successor in the post raised concerns over possible corruption at the ministry. An investigation ordered by President Ashraf Ghani is said to have found evidence of embezzlement within the ministry and inaccurate data records on the number of schools that diverted money from donors.

Two members of Afghanistan’s parliament appear in the list. Saleh Mohammad Lala Gul and Feda Mohammad Ulfat, who are father and son, owned a villa in the springs and another in the Jumeirah Park area. Both are flashy residences with features such as manmade lakes and swimming pools. 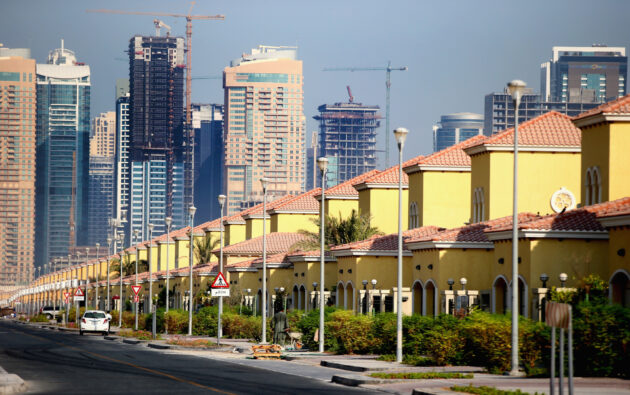 Saleh Mohammad Lala Gul and his son Feda Mohammad Ulfat, both Afghan MPs, were recorded as owners of a home in the Jumeirah Park areaGetty Images

Close relatives of two former presidents also appear in the list. One is Fatima Rabbani, whose late father, Burhanuddin Rabbani, led Afghanistan in the late 1990s. Her brother was, until this week, a foreign affairs minister. She runs various businesses in Dubai, including an upmarket restaurant and a business selling luxury products with the niece of another person in the records, former Afghan ambassador to Jordan, Sayed Mohammad Gailani.

The other is Mahmood Karzai, the brother of the former president Hamid Karzai. He was also a shareholder of Kabul bank and, alongside Fahim’s uncle, there have been concerns that he sought to use his closeness to the very top of Afghanistan’s leadership to assist in protecting the bank from greater scrutiny.

In an email, Mahmood Karzai confirmed ownership of a property in Dubai and said he had lived in the country since 2007. He denied any wrongdoing or corruption, and said he had attempted to sue the private investigation firm Kroll for a report it wrote alleging misconduct on his part in Afghanistan.

None of the other people named in the records responded to multiple requests for comment in English, Dari or Pashto. 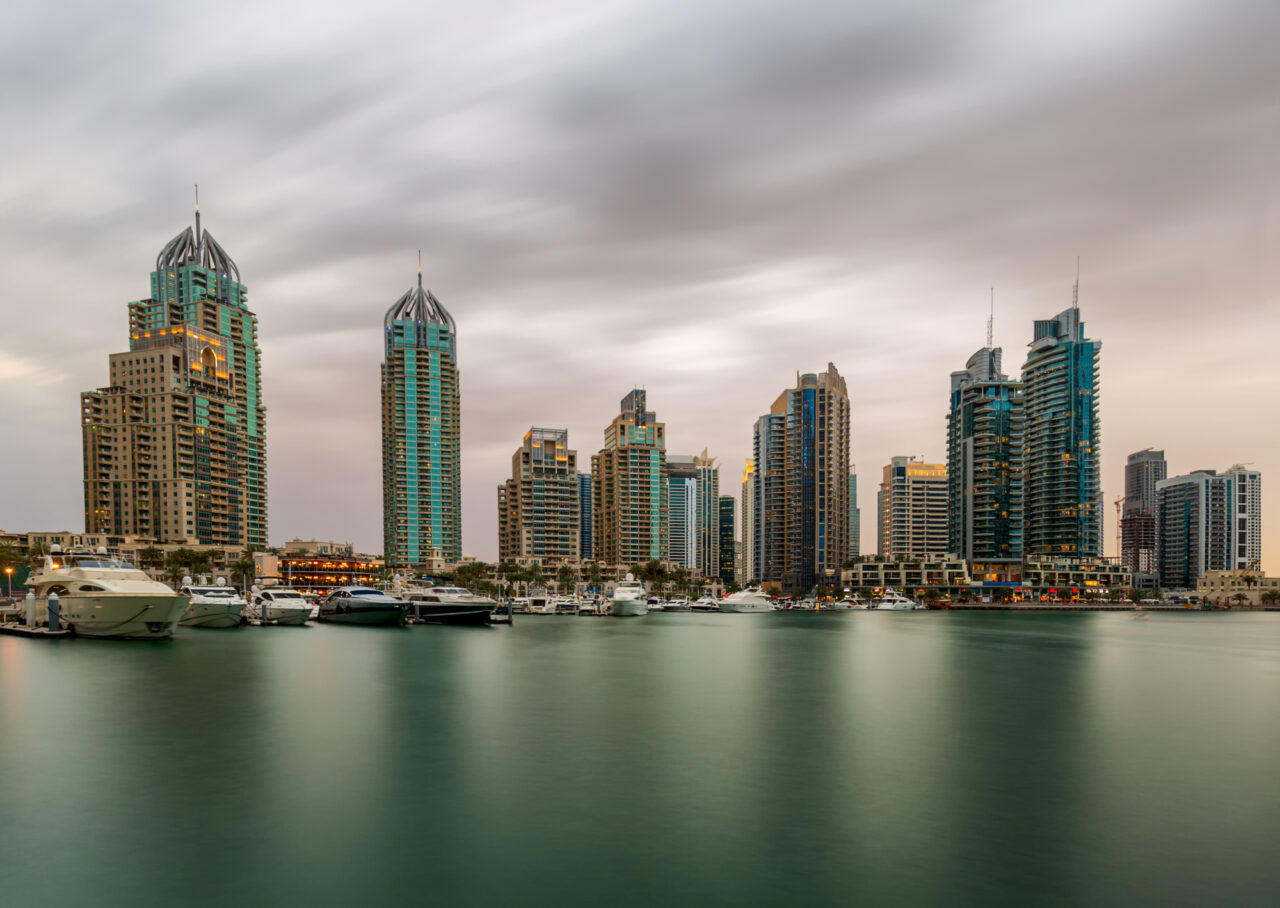 Fatima Rabbani, the daughter of Afghanistan’s former president, was listed as owning a property in the Fairooz developmentGetty Images

Afghan law requires people in positions of authority – known as “politically exposed persons” – to publicly declare their assets and source of funds, as well as those of their close relatives. Few if any of the individuals named in the leaked Dubai documents appear to have declared such assets – but experts say the laws are not fit for purpose, and contain many loopholes that could allow someone to not disclose an asset without breaching the rules.

“The asset forms are largely incomplete, the data published is inconsistent and not verified, and even at times contradictory. You could say it’s a useless system,” he said. “It’s an ineffective system and it’s not meant to be effective. It’s a system the government is following to keep international donors happy.

“I doubt that the Afghan government means to achieve anything through this process, aside from ticking a box to keep the international community happy.”

Anti-corruption efforts in Afghanistan have a chequered history. President Karzai attempted to clamp down on corruption, partly in efforts to please international partners, setting up an anti-corruption office in 2008 whose duties included registering the assets of public officials. The office was quickly mired in controversy – after damning criticism of its first attempts, Karzai appointed a new head, choosing an official who had been previously accused of election fraud.

That office was eventually shut down, and there have been successive attempts to get Afghan officials to register their assets. Stronger legislation was introduced in 2017, but years on, asset registration for officials is seen as a failure.

The body in charge of the current register has been placed under the office of the president, raising concerns from anti-corruption activists. Questions have been raised over its independence: its latest director, Naheed Esar, has recently been appointed the new deputy foreign minister.

Sarah Chayes, an anti-corruption expert who has advised the US military in Afghanistan, said the Afghan government needed to work on tackling corruption and rebuilding trust in its ruling class in a root and branch way.

“Corruption in Afghanistan is systemic. It is perpetrated by networks,” she said.