Men pray at a mosque at the Xinjiang Islamic Institute during a government organised trip in Urumqi [File: Ben Blanchard/Reuters]

Envoy says he is among several UN experts to have written to China voicing anxiety at programme targeting ‘extremism’.

The United Nations investigator for religious freedom has asked China to let him visit its Xinjiang region where some one million ethnic Uighurs and other Muslims are being kept in facilities that activists call mass detention camps.

Facing growing international opprobrium for what it calls re-education and training centres, China has stepped up diplomatic efforts to fend off censure.

Defending its programme in the remote western region, China told diplomats recently that “absurd preachings” from “Islamist extremists” there had turned some people into “murderous devils”.

“I have requested for a visit to go there because this a priority for me in terms of looking at what is happening there. There is reason to be seriously concerned about reports coming out of the Xinjiang region,” UN special rapporteur Ahmed Shaheed told a news briefing on Tuesday.

China has not yet replied to his February request, he said.

The letter is also signed by UN investigators on arbitrary detention, disappearances, freedom of expression, minority issues, and protecting rights while countering “terrorism”.

“I wrote to China along with a couple of other rapporteurs on the ‘de-extremification’ law that they are implementing which has resulted in, by some reports, millions being interned,” Shaheed said.

“The concerns we raised were first of all that the laws were overly broadly worded and were targeting essentially protected activities of communities, in terms of their right to thought, conscience and belief. So a whole range of violations occurring in these communities,” he said.

The UN letter voices concern that China’s regulation “targets Turkic Muslim ethnic, linguistic and religious minorities as well as Kazakh nationals” within a context of a “crackdown on the exercise of fundamental rights in Xinjiang”.

It calls on Beijing to repeal the measure.

“There have been allegations of deaths in custody, physical and psychological abuse and torture, as well as lack of access to medical care,” it said.

The Chinese regulation defines extremification as the “spreading of religious fanaticism through irregular beards or name selection”, the letter said.

The law’s stated aim to make “religion more Chinese” was unlawful, it added.

“The various religious groups, believers and non-believers, respect each other mutually and live in harmony,” she added, without mentioning Xinjiang.

A bipartisan group of US legislators on Monday complained to the administration of President Donald Trump that its response to abuses against China’s Muslim minority was inadequate months after it said it was looking into imposing sanctions. 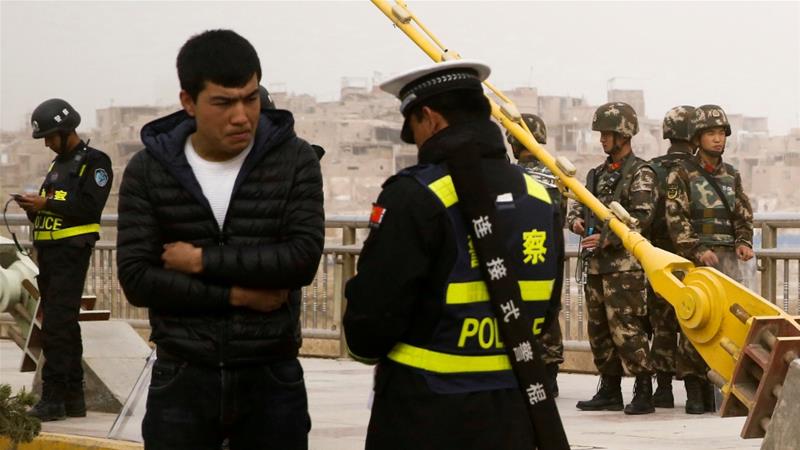